Since it opened in 1971 under the name Magic Kingdom, Walt Disney World Florida has become better and better and offered visitors from around the world the chance to enjoy the famous and wonderful Disney magic. The huge range of attractions at Disney World is well known, but to really get as much as possible out of the Walt Disney World and the rest of Florida is a holiday booked direct with Walt Disney Travel Company where you can find exclusive offers on Disney tickets, hotels and packages. They can even book full packages including flights or if you prefer hotel & ticket deals.

The Disney facility in Florida is huge, with four separate theme parks on the same site, making it absolutely impossible to see everything Disney World has to offer, at one time. This tends not to be a major problem, since most visitors never fail to come back! Your child’s happiness at the holidays at Disney World will soon rub off! With its four parks (Magic Kingdom, EPCOT, Disney-MGM Studios and Animal Kingdom), Disney World has much more to offer than cartoon characters and roller coasters (as if that was enough), here are two water parks, six golf courses and two shopping centres to name just one of everything that is available at Florida Disney World.

What are the best type of tickets for Disney Florida?

Tickets to Disney is not easy to understand, but one thing is certain: it is best to buy tickets before you arrive in Florida, as it’s much more expensive to buy a ticket at the gate and the queues can be enormous. There are lots of different ticket options, but the most common is that the ticket is valid for “one person, one park per day.” To go in and out of the park is no problem, so you can explore the Disney magic in the morning, pop home for lunch, and return for a bit more fun in the afternoon. There are ticket options for almost every taste, so if you plan in advance, you can buy a ticket that suits you at a cheap price. Book direct at http://wdtc.disneyinternational.com for the lowest price.

Disney World Florida has even thought about entertainment for the adults. Walt Disney’s Pleasure Island is perfect for adult visitors after a long day at the amusement park. Here are seven nightclubs with different themes that are open till 2 in the morning. Pleasure Island is easily accessible from all parts of Disney World and admission is free before at 19.00. Tickets to the night clubs can be purchased at various outlets across the 2.4-acre site. You can either buy a ticket for a club or at all, even on special occasions as the St. Patrick’s Day and New Year’s Eve. Themes for nightclubs at Pleasure Island include comedy, rock’n’roll, jazz, dance and 70s dance and all the shows lasts about half an hour, making it easy for people to jump between the clubs. The opening of Pleasure Island has made Disney Florida holidays perfect for a complete adventure for the whole family, and there is plenty of child care and children’s clubs where your children are well cared for while you are indulging in a free evening. 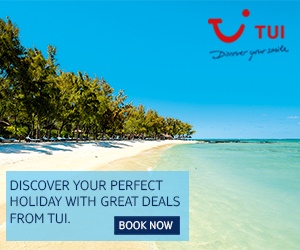 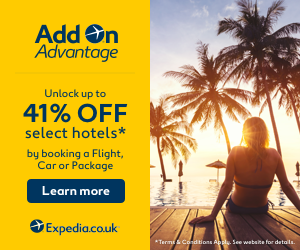